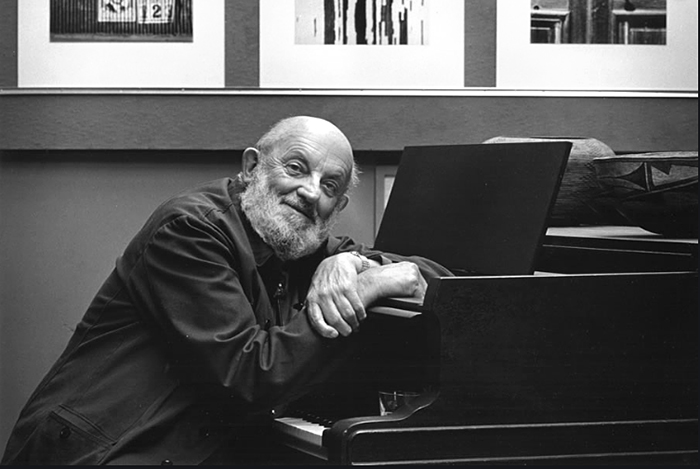 Ansel Adams is perhaps best known for his stunning, black and white landscape images of the American West, particularly his photographs taken in Yosemite National Park. But perhaps less well known, is that Adams’s first passion was music and the piano.

Adams showed an interest in the piano when he was 12 years old and music became a huge part of his early life. In an interview with Milton Esterow in 1984, the year of Adams’ death, he described his childhood…

Esterow: You grew up as a middle-class kid, and you had the piano, of course. Somebody said that you once described yourself as a hyperactive brat. Is that right?

Adams: Yes, that’s true. Maybe I haven’t grown up. I know I’m hyperactive. I don’t know if I’m a brat.

Esterow: What were the manifestations of your hyperactivity as a kid? I understand you couldn’t sit still in a classroom.

Adams: I had a terrible time with that. One time the whole thing seemed absolutely ridiculous, and I burst into the most hilarious laughter, uncontrollable laughter, and of course I was escorted home under suspicion of dementia.

Esterow: Was music the first thing that gave you order in your life?

Adams: Yes. I had an extraordinarily patient teacher. He knew nothing of contemporary psychology, just sent me home time after time with Bach’s “Invention No. 1” until I knew the notes. Theoretically, that should have completely shattered me and put me in the loony house, but it saved me. 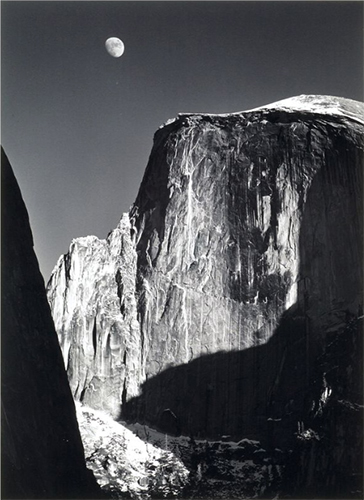 ‘Moon and Half Dome’

In the same interview, when describing his transition into photography, Adams stated “Study in music gave me a fine basis for the discipline of photography. I’d have been a real Sloppy Joe if I hadn’t had that.” Elaborating further, he added, “Well, in music you have this absolutely necessary discipline from the very beginning. And you are constructing various shapes and controlling values. Your notes have to be accurate or else there’s no use playing. There’s no casual approximation.”

Adams stated that he would often hear music while photographing. “You see relationships of shapes. I would call it a design sense. It’s the beginning of seeing what the photograph is.” 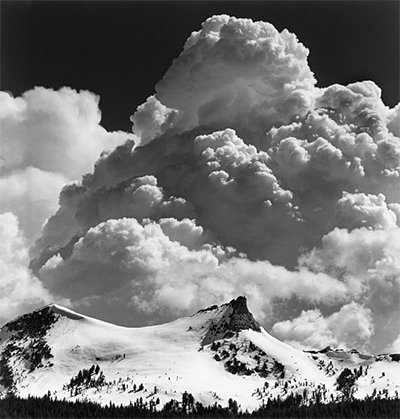 Noticing the parallels, Esterow enquired about Adams’s musical tastes – “Your preferences in music, I understand, are in line with your preferences as a photographer – large structures and the commanding themes, plenty of color. In other words, Beethoven and Bach and Chopin and Scriabin. Is that so?”

Adams replied “Yes, there’s some evidence of precision and structure, nothing amorphous. I don’t react to Debussy.”

Esterow: What about rock ‘n’ roll?

Adams: I just can’t stand it. It’s not a matter of disliking it intellectually, it just does something to my digestion. Lots of contemporary music, I think, is marvellous. There are some wonderful things in electronic music. It has great power, great structure. I don’t like rock ‘n’ roll, though, or punk. To me, that’s entertainment, not music. 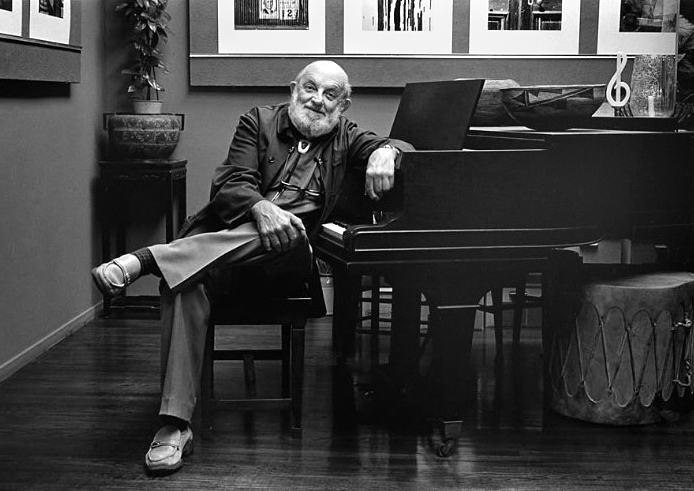 Ansel Adams in his piano studio

While ultimately, music took more of a back seat to photography, studying the piano taught Adams a great deal about developing a disciplined technique, the importance of structure, the necessity of patient and persistent practice and the value of experimentation and finding your own personal voice.

Not surprisingly, the careful training required to be a musician significantly informed Adams’s approach to photography and his photographic vision. 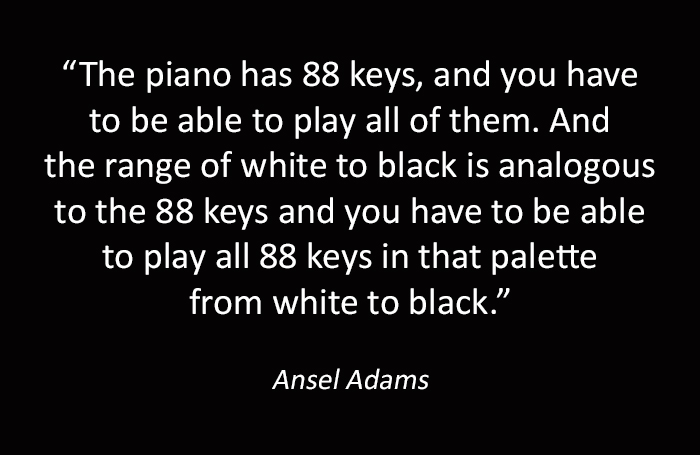 As part of my 'In Harmony' series of blog posts, I want to explore linking an artwork (whether it be … END_OF_DOCUMENT_TOKEN_TO_BE_REPLACED

Wassily Kandinsky (1866 - 1944) is generally credited as the pioneer of Abstract Art. For this … END_OF_DOCUMENT_TOKEN_TO_BE_REPLACED

Ansel Adams is perhaps best known for his stunning, black and white landscape images of the American … END_OF_DOCUMENT_TOKEN_TO_BE_REPLACED

Persistence, exploration, experimentation, refinement of the learning process, and an individuality … END_OF_DOCUMENT_TOKEN_TO_BE_REPLACED