Spoiler Alert!  In my 'Exposed' series of articles I reveal some of the secrets behind how I created my images.  If you don't want to know how I made 'Tulip' stop reading now! 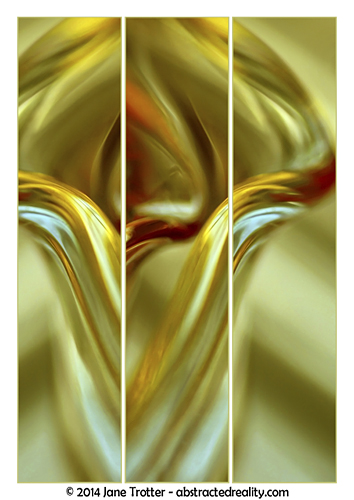 Sometimes you hold onto an image and you don’t know why. There’s a little voice in the back of your head saying “you simply can’t delete that!” Even when at first glance, you don’t think the image is particularly good, your gut instinct says “keep this”.

I experienced these feelings with the image I transformed into ‘Tulip’, and I’m so glad I listened to my inner voice as this triptych is one of my favourites. 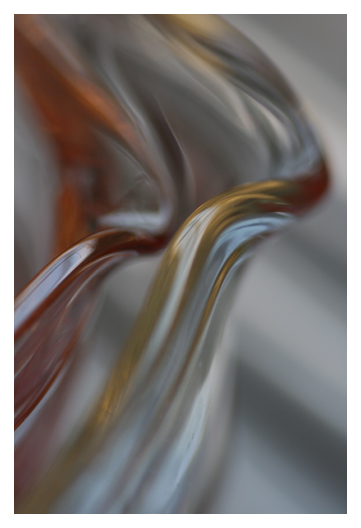 Here is the original, source image. Frankly, it’s not particularly eye-catching and is somewhat underexposed. But I think what compelled me to keep this shot (and it was several years before I returned to it) was the soft exposure and graceful curling lines. In a strange way, it always had a very calming influence on me.

So, when the time came to revisit and really explore this picture’s possibilities, I had several pathways I could follow. I had already begun to investigate triptychs and was finding much creative satisfaction in breaking down an image and re-composing it with a completely different perspective.

I started to play and decided to go for three long, vertical panels to highlight and emphasise the long, flowing lines. 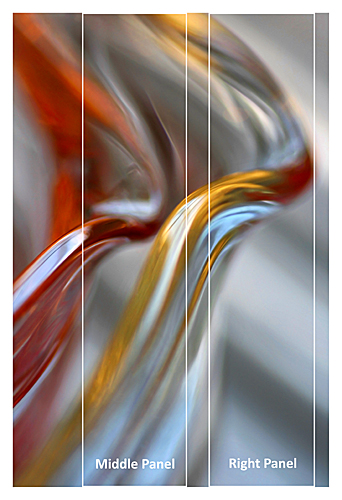 Both the middle and right panels contain prominent, sweeping gestures and focus on the curving edges. 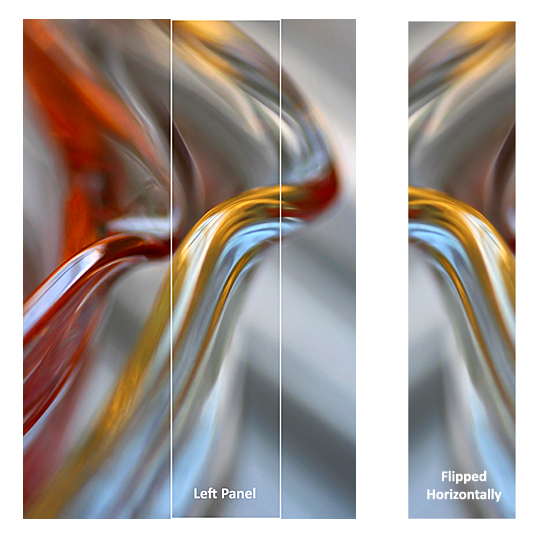 ‘Tulip’s’ left panel incorporates elements from both the middle and the right but in the final presentation, is flipped horizontally.

As I was experimenting, I saw the opportunity to create a kind of stylised flower. The softness of the image suggested delicate petals, and I imagined a tulip opening itself to the world for the very first time.

As you can see, I have taken some creative license and given the triptych more of a golden glow than in the original. While I generally don’t like to remove my shots too far from what I captured ‘in camera’, I felt in this case, by warming up the colours, I could add more of a richness and depth to the unfurling flower.

Where Did My Inspiration Come From? 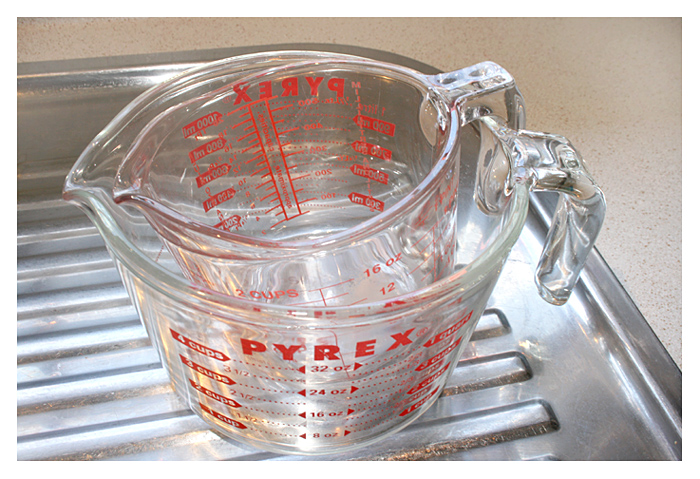 So how did I create the original image for ‘Tulip’?  Well, creativity in one area can generate ideas in another. I was perfecting my culinary skills and began baking one of my signature desserts – banana cake. I needed a couple of measuring bowls from the cupboard and I placed them on the stainless-steel bench top. While embracing the joys of baking, something caught my eye. The spouts were nestled closely together and their complementary curves aligned beautifully. After the cake went into the oven and I cleaned up the bowls, I grabbed my camera and the rest is history!

I’m happy to say I enjoyed the fruits of my labour on two counts that afternoon. The banana cake provided more immediate gratification, but the image for ‘Tulip’ percolated in my mind for much longer and eventually bore equally sumptuous fruit…

Well, it's no surprise what these are! This is probably my most easily discernible image (even … END_OF_DOCUMENT_TOKEN_TO_BE_REPLACED

I must confess, I'm a sucker when it comes to colourful patterns. I think I'm attracted to the … END_OF_DOCUMENT_TOKEN_TO_BE_REPLACED

There are two household chores I really dislike - cleaning the shower and doing the vacuuming. I … END_OF_DOCUMENT_TOKEN_TO_BE_REPLACED

I always like to challenge myself in my photography. Especially with triptychs, it can be extremely … END_OF_DOCUMENT_TOKEN_TO_BE_REPLACED

I always like to keep a selection of the images I take from a photo shoot. Firstly, I’ll choose the … END_OF_DOCUMENT_TOKEN_TO_BE_REPLACED

With today’s abundance of technology and amazing gadgets, it’s easy to forget about the humble piece … END_OF_DOCUMENT_TOKEN_TO_BE_REPLACED

I’m always on the lookout for colourful things which I think might be useful for my photography. But … END_OF_DOCUMENT_TOKEN_TO_BE_REPLACED

I love playing around with images. For me, one of the greatest challenges and pleasures is taking a … END_OF_DOCUMENT_TOKEN_TO_BE_REPLACED

It’s amazing what your subconscious can come up with. A shot can be years in the making if you go … END_OF_DOCUMENT_TOKEN_TO_BE_REPLACED

Sometimes you hold onto an image and you don’t know why. There’s a little voice in the back of your … END_OF_DOCUMENT_TOKEN_TO_BE_REPLACED