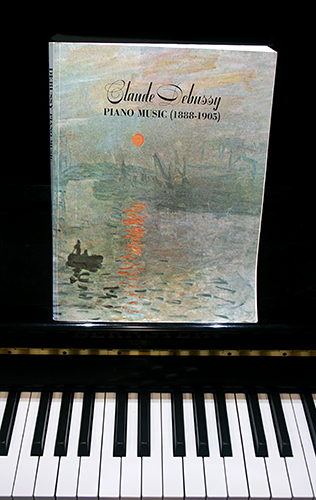 As part of my ‘In Harmony’ series of blog posts, I want to explore linking an artwork (whether it be a painting or photograph) with a specific piece of music. My goal is to have both the art piece and composition amplify and strengthen the emotions and feelings intrinsic to both works.

In essence, I’m adding a visual connection or stimulus to a piece of music (or vice versa, an aural stimulus to a piece of art). It’s a technique I use a lot with my students. Sometimes a composer will give the performer a helping hand with an evocative title like ‘Lavender Fields’ where it’s not difficult to imagine swathes of purple flowers undulating gently in the golden glow of a Summer sunset. With more generic titles, my students and I have to get a little more creative.

I’ve had this collection of Debussy’s piano pieces for many, many years and couldn’t count how many times I’ve opened it, or how many pieces I’ve chosen for my piano students from it.

I’ve always had more than a passing interest in the painting on the cover, but have never really taken the time to investigate fully – until now. 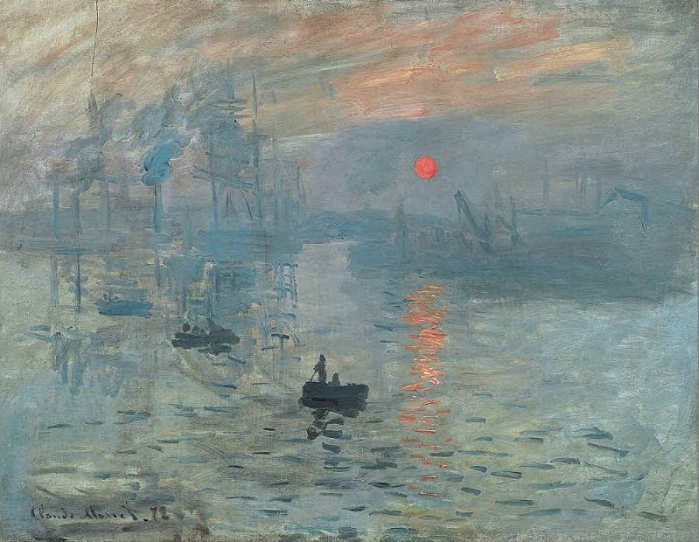 Painted in the early 1870s, Monet’s ‘Impression, Sunrise’ depicts a view of the port of Le Havre in north-western France. Two individuals can be seen in the rowboat in the foreground, while in the background, larger ships and boats inhabit the harbour. Cranes, other heavy machinery and factory chimneys complete the scene. Most notably, the sun shines a vibrant orange, cutting through the haze and industrial smoke. 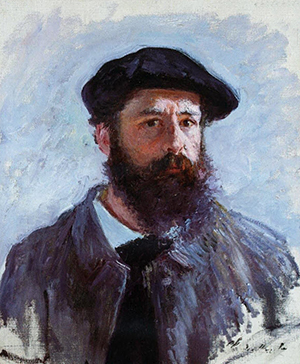 Monet portrays a supremely calm scene with the misty, foggy atmosphere enveloping the harbour. We feel present, active observers, yet there’s a vagueness, an indistinctness which seductively draws us into the picture and heightens our curiosity.

‘Impression, Sunrise’ has been hailed as one of the cornerstones of the Impressionist Movement. Rather than painting an exact likeness or strict representation, the Impressionists endeavoured to convey their perceptions of a scene, often playing with light, employing vague outlines, and utilising subtle colours.

Impressionism in the visual arts soon blossomed into a similar style and aesthetic in music. 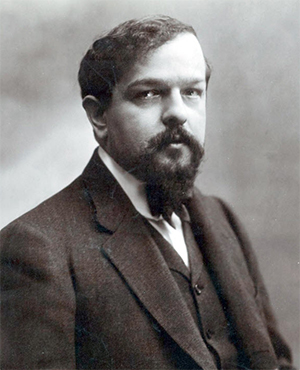 Claude Debussy is viewed as one of the central exponents of Impressionist music (though he himself disliked the title of an Impressionist composer). Translating into sound the nuanced and subtle colourations of his visual counterparts, Debussy’s music embodies the same dreamlike and ephemeral qualities.

Debussy composed many remarkable and beautiful works, and narrowing down the field to just a single piece has been difficult. However, one did stand out.

‘Voiles’ is a piece for solo piano from 1909, and the second piece in a set of twelve preludes published a year later. 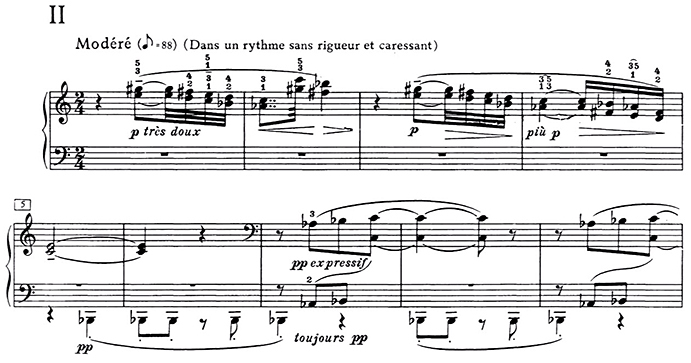 The opening bars of ‘Voiles’ by Debussy

Translated into English as either ‘veils’ or ‘sails’, I think both meanings work equally well. I can imagine being one of the occupants in the rowboat, languidly drifting on the calm water, watching the sail boats in the distance and taking in the whole atmosphere of the port as it stirs and awakens to begin a new day.

Everything has a mystical, ethereal quality. Shrouded in a foggy haze, it’s as if we’re observing the scene through a veil, as if our eyes aren’t fully focused yet as we arise from our slumber. Even the sun cannot fully penetrate, but only cast a suggestive, orange glow on the rippling water.

‘Voiles’ almost exclusively uses the whole tone scale, and with this unusual ‘soundscape’, Debussy creates a feeling of mystery, stillness and tranquility. We feel as if we’re floating on a wash of sound, carried effortlessly along on the water in an almost hypnotic trance.

A low repeating bass note also punctuates the texture, perhaps the beating ‘throb’ of the port as the workers bring its factories and industries back into life for a new day.

Take some time to listen and look 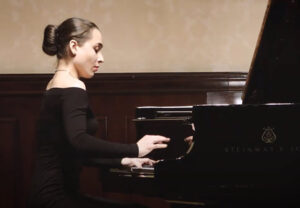 Anna Tsybuleva gives a wonderfully sensitive and evocative performance of this piece.

So, take 4 minutes out of your schedule to be transported to the port of Le Havre. Let Monet’s painting and Debussy’s music carry you into another world, just for a little while…

As part of my 'In Harmony' series of blog posts, I want to explore linking an artwork (whether it be … END_OF_DOCUMENT_TOKEN_TO_BE_REPLACED

Wassily Kandinsky (1866 - 1944) is generally credited as the pioneer of Abstract Art. For this … END_OF_DOCUMENT_TOKEN_TO_BE_REPLACED

Ansel Adams is perhaps best known for his stunning, black and white landscape images of the American … END_OF_DOCUMENT_TOKEN_TO_BE_REPLACED

Persistence, exploration, experimentation, refinement of the learning process, and an individuality … END_OF_DOCUMENT_TOKEN_TO_BE_REPLACED